Manic depression and its impact on children. - Miricyl

Manic depression and its impact on children. 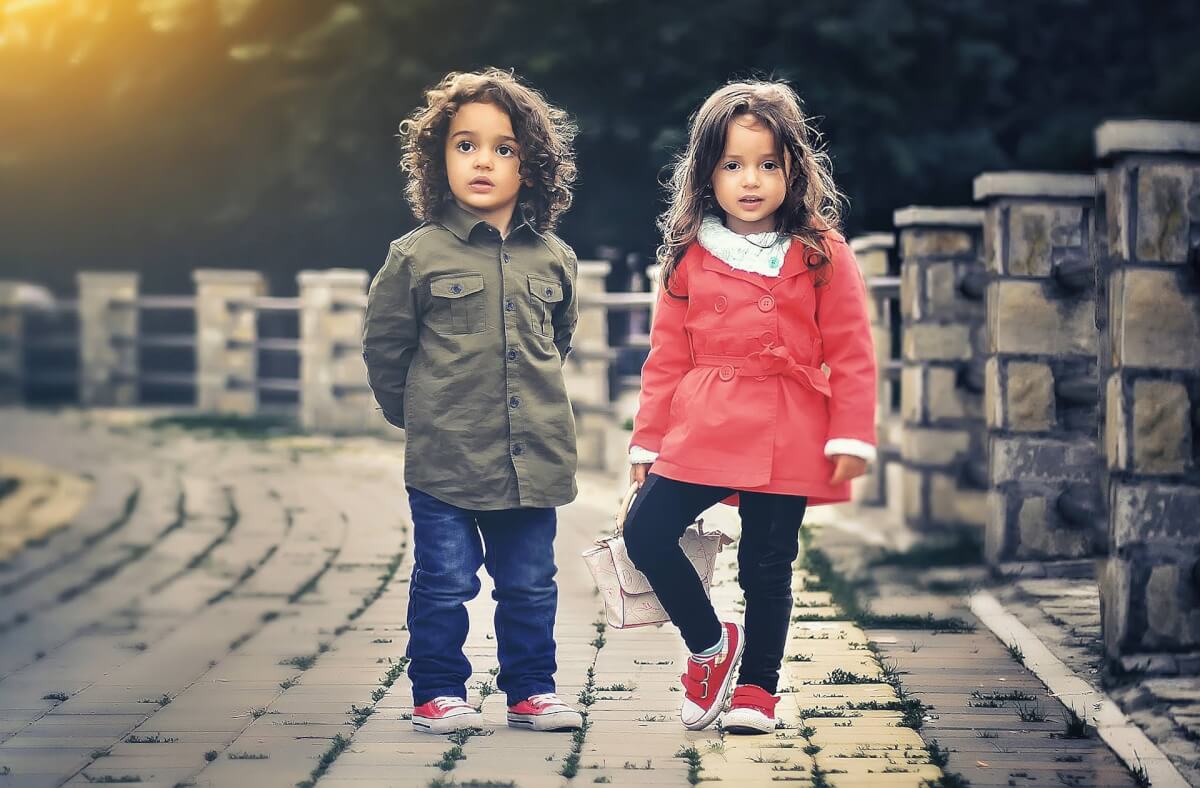 I have two children. When my ex and I split they were 8 and 6. That was more than 7 years ago. I spent much of the first few years crapping myself that my ex would do herself a mischief and hurt the children. As father, I was not the primary carer. I had them exactly 42% of the time. I spent more than a years wages on legal fees to ensure even that. It sort of worked. I could do my job and travel and keep up the professional responsibility and be the set of dad I wanted to be. Until the kids started saying that they wanted me to have them more. 50-50 was their wish. My little boy would come from school to my work or my house and have supper and only go back to his mums house when it was time for bed. Boys are meant to love their mums, and although I loved the fact that he wanted to be with me, something rang false and I worried about what might be happening chez mum. Being me, I chose to focus on the good and enjoy the time with my son rather than try to dig deep. My daughter was more loyal to her mum and would respect the residential split religiously. No information about life at mums ever got back to me. I always told them that mum could come over and see my place. She once came for tea.

The fact is I always knew my ex was a manic depressive. I just didn’t want to really acknowledge it. Because if I did and we talked about it (which meant I talked about it), it was a fight and the last five years of my marriage was a fight. A low intensity smouldering fire which would flare up and sear us both, leaving wounds which wouldn’t heal. For my ex, I had the problem not her. I was an emotional retard, sent away to boarding school aged 8 and unable to have a normal relationship. I know it’s not true but she did a good job trying to persuade me otherwise. Clever. Cos it undermined my confidence and diverted the focus from her. She would spend days on a high. Like she’d just swallowed an amphetamine and was rushing. Over friendly. Too much energy and exhilaration. I hated this so much because you just brace yourself for the crash. And by crash I mean no washing would be done. No cooking. No nothing. Just bed. For days. I’d come home from work or from travelling and take over. No alternative. The kids needed me. So I tidied and cleaned and cooked and papered over as many cracks as I could. In the end it didn’t work. I sought comfort and solace elsewhere. My bad.
The kids live with me now. Permanently. I won’t say it’s easy. I’m a single dad and I’m not really much good at making sure everything’s washed and dry and ready for school but I do my best. We have too many take aways and I’m not sure I don’t allow them too much sugar. I know they spend too much time on screens, and although they’re only 15 and 13, we watch Dexter together and talk about whether he’s a hero or a villain. None of us are sure. I’m inconsistent and I feel as though I’m not doing a good job. Apparently it’s quite normal to feel like this. I’m aware of my ‘improvement needs’ as they say. Most of all, I’m just relieved the kids aren’t in danger.

We moved to 50-50 in 2014. At the start of the school year. It was good. But my son started to spend larger amounts of time with me when he should have been with his mum. He once said that he wanted to come and Love with me because “Mum’s #%^€ing crazy”. The thing is, he was right. Her business which had been an obsession during our final years together went down the tubes, and her behaviour became increasingly erratic.
One day things went berserk. I got a call from her asking me to pick up the kids. She was overly calm and a bit odd. I drove to the house. There was no one there. I rang her and she told me to drive a couple of streets away. I met her. The kids were in the car with her. She drove off and I followed her all around town. And around and around. I’m getting uneasy and so I get on the phone to my son who’s trying to keep calm. My daughter is getting really upset and is crying and shouting at her mum to stop and let them out. I tell my son who’s in the back of the car to jump out at the next red light. He does. He’s shaking when he gets in the car. But he’s safe. Freaked out big style but safe. Then I’m on the phone to my daughter who is by now hysterical. We follow my ex in her car for another twenty minutes. Her driving is becoming more unhinged and she has started making hand signals from the drivers window. Eventually we stop in Morningside and I get my daughter into my car. I’ve rung the police by now having pushed the panic button

We go home – the three of us in the car and I’m asking them what just happened. It’s past lunchtime and the kids haven’t eaten all day. So I make them some food. Eggs. The police come round after an hour or so, after my call, by which time my daughter whose panic attack has subsided though she’s increasingly worried that she can’t reach her mum who of course isn’t answering the phone. The police tell us that my ex has been detained for erratic behaviour and taken to the royal ed.

This is the start. The breakdown. The refusal to admit that it’s a breakdown. The relentless pursuit of an unachievable goal thorough the tidal sweeps and yaws of manic depression. Either up on the crest of a wave…… Or in bed. For days. My daughter who is 13 keeps house at her mum’s. Cleans. Tidies. Cooks. Washes. Tells me almost none of what’s going on. Still immensely loyal. She’s become a carer. My son spends as much of his time at mine if he can. Any excuse. He’ll ring me at 0715 when I’m at work to tell me he’s got no dry school trousers. I’ve started keeping spare uniform at mine so I can nip round in emergency. Which I do. Quite often.

Then the bombshell. They’ve just started the school year. They’re at mine for the week. To be fair they’ve been at mine for the whole summer without a break. The excuse was that my ex was selling the house and needed to have it clean and empty. I didn’t argue. It felt good to have them with me but I did sense something was not quite right. We sit down for supper and my daughter says “Dad we’ve got something to tell you”. I’m thinking excellent. She’s bought a smaller house or flat and everything’s good. Wrong. “Mums left to India today. She wouldn’t let us tell you til her plane’s taken off. She wants us to decide whether to live with you, or her when she returns to live in Spain. We’ve to be with you for six months and then decide”.
WTF!

“When did you find out about this ?” I ask. My daughter tells me shes known for six months. My son only knew for a month. They’ve been sworn to secrecy. Under no circumstances could they tell me. They tell me this was the worst thing. The deceit forced upon them. The breach of loyalty. Whichever way they played it. They both get headaches over the course of the summer. Frequently. No wonder.
I had been on gardening leave for six months after six years in a leadership role where I had done myself in for a foreign firm who wanted more return for less resource. I’d made myself ill. I had been offered a job with an old boss of mine doing what I love and without the added responsibility of running the business. The timing had been perfect. Only, now it was utterly rubbish timing. I went to see him and told him I couldn’t take the job. Not his job nor any job. Those first six months were tough. I didn’t do very well. None of us did. My daughter was really ill with abdominal pain. We now know it was caused by the stress of holding a toxic secret for so long. It’s much better now but it flares up from time to time. Each time she sees her mum. My son started getting injured on the rugby pitch. It was where he really expressed his feelings.

We’re doing better now. The kids understand that they have an unusual mum. That she’s not present. They don’t often see her because she won’t pay for them to go and visit her. So I do. They waited all summer holidays for her to say come to Spain. She didn’t. A disappointment. Again. It affects my daughter more than my son. She gets her pains from time to time. She talks to a counsellor now. It took me ages to persuade her to try it. Her mum told her only psychos go to counselling. Brilliant….

I’m so used to this whole thing. I’ve told the story so many times it’s become normal and I live with it. I don’t let my daughter touch the hoover or the washing machine. I let her bake banana cake and brownies. I shout at her when she leaves a mess and I get cross with her when her room’s a tip. But she’s not a servant in my house. She’s a fifteen year old, worried about boys and exams in equal measure. She has wonderful friends who come often. Not quite open house. But always welcome. My boy has his posse of mates, but he likes to be at home. He has a menagerie of animals. It’s slightly out of control but it’s his passion.

I’m inconsistent in my discipline. I’m way too lax in areas I should be more severe and too strict in matters petty and unimportant. Above all, I’m aware that I need to be there for them and that 95% of being a good dad is being there. We argue half the time. And we love each other all the time. We forgive each other and turn the page and know that the best way to deal with things is to keep going. I don’t know what this will look like in ten or twenty years time. Time will tell as Bob Marley says. They are doing well at school. Last year was marked by absence and inconsistent effort. This year is a big year. GCSE’s. I’ll let you know how it goes. I’m more worried that she is. It’s probably the right way round.